How Important Is Programming To Know Hacking? 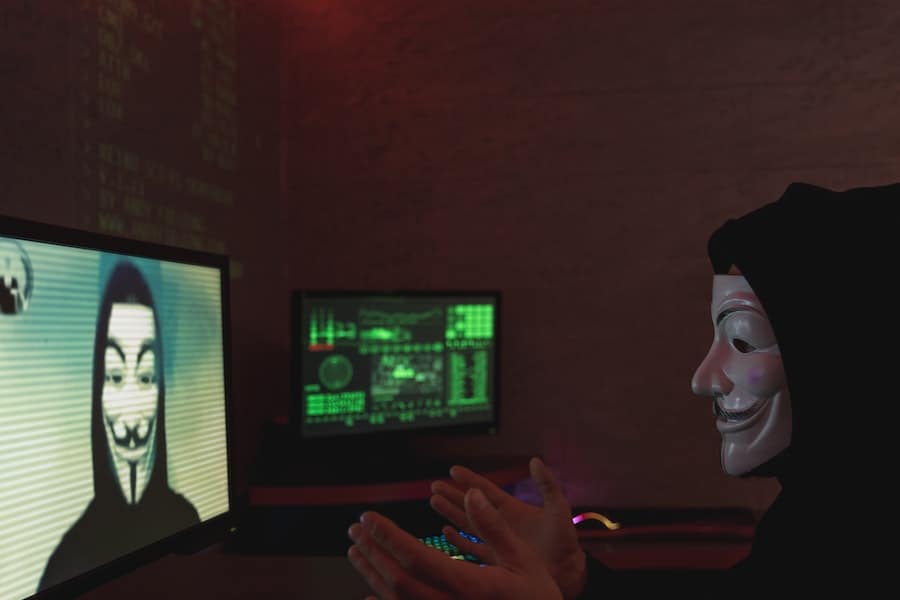 Hacking refers to breaking into a network or gaining unauthorized access to a computer to steal or modify information or files. The person involved in this process is called a hacker. Computer hacking is done using various types of programs such as rootkits, Trojans, key loggers etc. Hackers also use techniques such as browser hijacking, spoofing, phishing, etc. to capture users’ personal or financial details.

There Are Mainly 7 Types Of Hacking:

Hackers basically hack the system security of a company to make it more secure and it is completely legal. It is the job of ethical hackers to check whether the computer system is messed up or has any problem because no Black Hat Hackers can hack the computer system.

Hacking someone’s mobile is mobile hacking.  Hackers hack mobiles and steal personal information or data. Many times hackers send links in emails or messages, if you click on that link, hackers will take your mobile phone.

Importance Of Programming To Know Hacking:

How important it is to know programming to know hacking depends on you, thinking about yourself, and where your approximate skills are. The point is, in my opinion, knowing yourself is a prerequisite for hacking. If you can extract information by talking to people, you should focus on this aspect; Then you don’t need to know the program at all. If you have the ability to think logically and bring skills like system breaking, knowing programming is essential.  That again depends on what you want to work on. The hacking or security world is not small at all but huge.  What you should learn will depend on which aspect you want to master.

To become a hacker you must have expertise in networking. Also should have a good understanding of all popular computer operating systems with special expertise in Unix/Linux.  Also, a good understanding of various Linux distros and their commands is essential. As well as some programming languages ​​such as;  Must know C, Java, Perl, etc., and database;  Must have good knowledge of SQL.

Hacking does not require any programming knowledge to begin with. Initially, hacking can be done with scripts, tools, and software made by others. These types of hackers are called script kiddies. Hacking with things made by others does not go far. It involves finding bugs in various software and programs. For this, you have to be very good at programming. If one does not know to program then one has to depend on other tools always. Programming is used to develop your own tools, viruses, malware, exploits, etc. for hacking.

Some Hacking Programming Languages ​​are Discussed Below:

Due to its small and simple command system, it is able to attract the attention of developers very quickly. An organization called Python Software Foundation is responsible for maintaining and modifying Python. Today, big tech companies like Google and NASA use Python. Here programming skills can be easily mastered. Various malicious codes, exploits, malware, etc. are written in Python for hacking. Besides, it has direct involvement in many other hacking-related matters. Python is best, especially for web-based hacking.

PHP is the most popular programming language. It has been in the market for a long time.  Popular CMS WordPress and Drupal are built with PHP.  Besides, the backend work of many websites in the world has been done with PHP.  Now if you have experience with this language then web hacking will become very easy for you.  Such as conducting various attacks to hack websites or web applications.  Besides, it is necessary to know this language if you want to find the weakness in the website created using PHP.  Knowing PHP along with SQL is a must for web-related hacking.  It will be easy to find out how the website works and how to find its weaknesses of the site.

Initially, JavaScript was a client-side or front-end language. It was used to add various functions and features to the front end. But by releasing Node JS they have started to support the back end. JavaScript is considered a strong competitor of PHP. Because it is currently being used as an alternative to PHP in many cases. However, JavaScript is a complex language. Its syntax is a bit difficult to remember. Today there are many powerful web applications that use JS. Hacking methods known as cross-side scripting or XSS and brute force attacks require JavaScript to execute.

SQL is a database language. That is, it is used for database creation and maintenance. SQL database stores all user data like name, address, username, and password. If you somehow gain access to the database, it is possible to launch a large-scale cyber attack at the same time. So it is easy to hack a database if you have knowledge of this language. SQL injection methods are especially easy to perform. For this, every hacker needs to know this language along with other languages.

Knowing to program in hacking is very popular.  Also, using scripts created by others won’t get you far.  So best programming, networking, and basic usage of all operating systems to make yourself a good hacker.

Thanks, everyone for reading our article.  Share your comments with us.  It is very important for us.

Hello, I am Shamim Ahmed and a professional Web Developer. I have 120+ website-building experience. Also know SEO and like to write articles. For this reason, I share here tech tips and tricks. I am available for hire. You can contact me through email or a direct contact form. Thanks.